PUSH LA’s Stop The Stops campaign is now focused on advocating for armed LAPD officers to be removed from traffic stop duties in favor of unarmed Department of Transportation officials.

Across the country and especially here in LA, pretextual traffic stops plague Black & Brown drivers. In the time it takes to blink, they can result in police-initiated harassment, violence, and even murder. This is all in addition to the significant financial strain they place on low-income families.

On February 23rd, 2021, after significant community organizing, LA City Council passed a motion to officially study the feasibility of this alternative to achieving traffic safety.

We’re continuing to monitor the report’s progress and speed up its timeline as drivers who are pulled over have no time to wait. 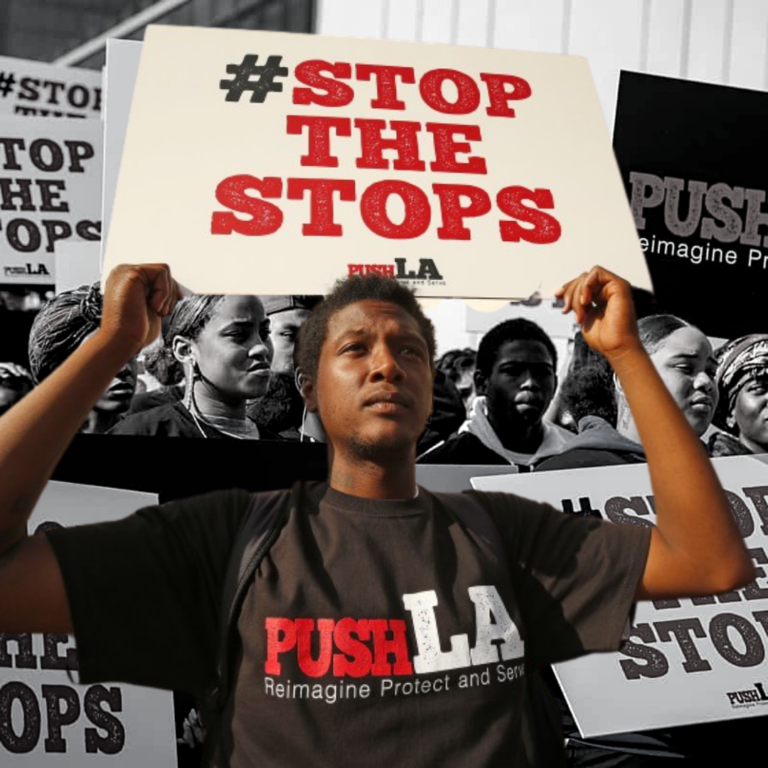 PUSH LA resident leader Bryant Mangum describes driving while Black in LA and his encounters with the LAPD.

Advancement Project California, a PUSH LA partner, put together this Reimagining Traffic Safety report in support of the motion. Here are the highlights.

Previous
Next
Scroll to Top