Statement on Findings of Widespread Corruption within LAPD’s Metro Division

Yesterday, the LA Times revealed that more than a dozen police officers from the LAPD’s Metro Division are being investigated for falsifying information and deliberately portraying innocent Black & Brown people as gang members. This is yet another staggering example of people of color simply trying to live their lives while Metro is actively working to criminalize them and destroy those lives.

The division is corrupt, racist, abusing its power, and purposefully distorting information. They’re certainly not protecting and serving, a mantra that has long since lost truth for communities of color across Los Angeles and the United States.

This is sadly far from Metro’s first foray into controversy. In January 2019, a separate investigation from the Times found that Metro officers stop Black drivers at a rate more than 5 times their share of the city’s population. That was then followed by another investigation in October, which revealed that across the entire LAPD — including Metro — Black and Latinx drivers are being searched at rates of 4-to-1 and 3-to-1, respectively, compared to White drivers, yet officers are finding higher contraband hit rates among White motorists.

Statewide data reported last week shows that while this pattern of individual racism and institutional oppression is true among the eight largest policing units in the state, LAPD is at almost double the disparity of other units, although it self-reports no incidents of bias despite the more than 1,000 complaints received annually.

The most recent outrage comes as the result of a diligent parent, who worked to protect her child. The Los Angeles Police Department is said to have removed the officers initially found to have engaged in these practices from the field. However, we are confident that these findings are the tip of the iceberg.

We are calling on LAPD Chief Michel Moore to pull the Metro Division out of South Los Angeles immediately and take the steps toward eradicating it entirely for this corruption and past division-wide racist policing. There additionally needs to be serious consideration to ending the gang database.

PUSH LA “Reimagine Protect and Serve” is a cross-sector coalition of 15 social justice organizations dedicated to ending racist policing in Los Angeles. We’re made up of base building, advocacy, and religious/interfaith organizations and accountable to the most over-policed people in Los Angeles, which is Black & Brown Angelenos. The reality is that going about our everyday activities can turn into life-or-death situations when law enforcement officers choose whom they will follow, harass, and harm based on the color of our skin, our accents, or our zip codes. 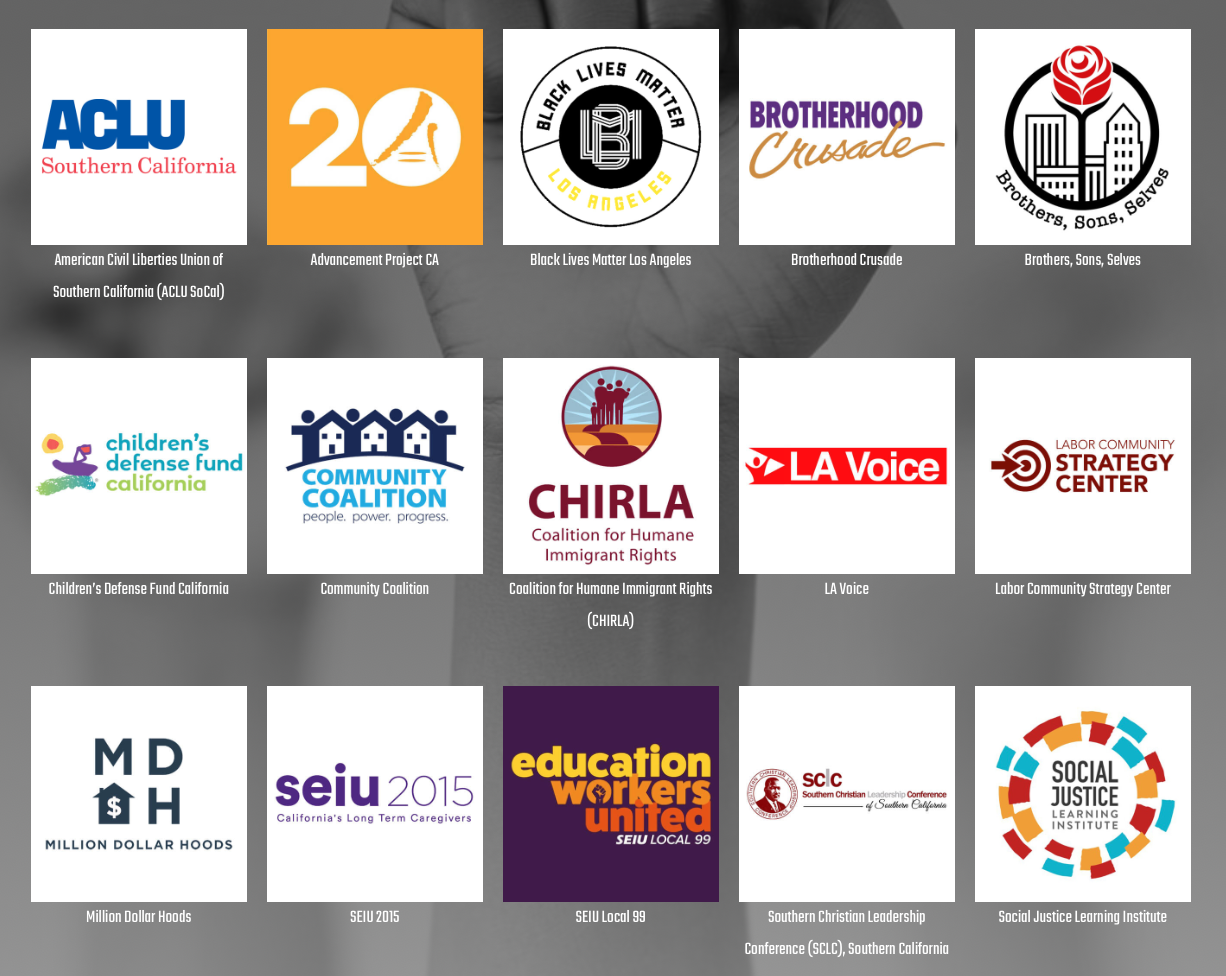